Beard Balm, God, and Other Good Things to Expect 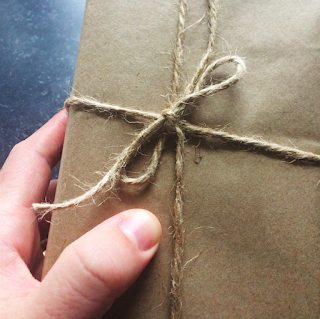 I am expecting a package. Or I was. It came yesterday. A beard brush and two ounces of beard balm with scents of vanilla and a hint of tobacco aroma. I don’t smoke, but it makes for great balm, and so I was excited to get this particular package. And, thanks to the miracle of the internet, I could watch my package make its way from Virginia across the mountains and then the corn fields on up across rivers and here, to east Madison. Each day, I’d click in, I’d check it out. Watch the map. Waiting for those three magical package-status words to appear: “Out for delivery.” Yes.

They say you can tell when a person’s expecting something. Anything. That an invisible anticipatory reality makes its presence known to the room. They say that it’s palpable. You can feel it.

From a new mother’s glow to

the agonizing holding period that begins after the last of the grad school applications has been, finally - praise the Lord! - submitted to

a loved one’s last breath, when through tears and loss and grief and bedside hymns and hands held tight, the expectation of rest and peace from the illness that has riddled her life for so long is brought close; the prayer that she’s now to be made whole and held by the living Christ of our resurrection hope.

Of course, expecting things is not always so rosy. Which is just to say it works the other way, too. Sometimes good people go around expecting, just waiting, for the other shoe to drop. Expecting the worst. There are all kinds of expecting. But no matter the occasion, for good or for bad, they say you can tell when a person’s expecting.

Much of what Jesus says in the gospels, and particularly in Luke’s gospel, is a critique of the religious system and what it’s expecting. The religious leaders, especially, appear to have stopped expecting that God will show up. In fact, the religious leaders have become, to Jesus’ eye, so good at not expecting divine interruption that the system works better if God doesn’t show up at all. Jesus’ own ministry, his life and crucifixion, can be understood in this way, as the rejection of God’s presence by the religious leaders of Israel in an attempt to protect the religious system of Israel. For all the shortcomings of the status quo, it is at least predictable. Israel’s self-preservation has become a priority, for some, over against the priority of responsiveness in living relationship to God.

When Israel welcomes the refugee or cares for the widow and orphan, these are not to be understood as random acts of kindness. These are ways Israel remembers her story. The story of Israel’s own deliverance as strangers in a strange land into this new land of promise. The story of the Exodus is the story of Israel’s becoming God’s people and knowing this One as their God.

But increasingly and maybe predictably the laws are enforced without reference to the story. The system made to grow the people of God in their trust of God in the face of an uncertain future becomes a series of boxes to check and a busy list to attend to. The life of faith becomes a set of appearances to keep.

Enter Jesus. In the parable of the persistent widow, Jesus tells a story about a woman in need and a judge who wants sleep. The judge doesn’t care for the widow, but her petition is granted because he’s got an early appointment the next morning. And the moral of the story is this: God isn’t anything like the reluctant judge! God’s delight is delivering. Be expectant! The parable highlights God’s faithfulness to God’s promise. It’s meant to be an encouragement. But then, at the end, Jesus wonders out loud, “Is anyone expecting God to show up anymore?” In the people’s religious observances, is anyone remembering the story? Is anyone savoring the memory of God’s mighty acts? Is anyone appealing to and longing for the fullness of God’s promise, or is it enough simply to appear respectable and pay the bills? Is there one among us bold enough to pray, on the grounds of that first Exodus, for freedom from the things that truly bind us? And then, set free from those things, to put them down in expectation of the new things of God? Where are the hearts broken and set on fire by all that breaks and delights the heart of God? Where are the prayers of the people who expect Israel’s God to show up and save?

Now, this is important. Expectant hearts are not passive hearts. Expectation is not hands in your pockets waiting for God. But expectations shape the things expecting people do. If you expect me to throw you a ball, you put out your hands. If I expect you to call, I charge up my phone. If you expect your friends are meeting you at Monte’s after church, that’s where you’ll go, too. When God’s people are expectant, they go to the places where God has promised to be in a posture of expectation. And they say you can tell when a person’s expecting.

Where, then, has God promised to be present? Here, at this table. In bread broken and wine poured out for you. In the cup of forgiveness. “Do this and remember!” In the waters of baptism, of Jesus’ own death and new life. In you! Baptized child of God. God’s beloved. In your burdens and joys. Especially in your weakness. In the Assembly of God’s faithful, gathered for praise and the retelling of the story, God has promised to be present. Also in the lives of the poor and the powerless, because God in Christ became poor for us. In the promise that as we go from this place to seek and serve Christ in each person, Christ in turn is there, in each person. Even in enemies, Christ is there to be found. In the newcomer and stranger. In every act of hospitality. Out there, in this world, which as Genesis tells it is the cosmic temple of God’s reign; where God is at work before we ever show up. What does it look like to go out into that world, expectant of God’s mercy, as if it were a package with those three magic words, “Out for delivery”?

This life of faith can be used, as it has sometimes been used, to protect God’s people from the need to trust God. You can use the life of faith to save you from your Savior. But you can also live this life of faith to grow your trust in the God who brought Israel out of Egypt and raised Jesus from the dead. And, indeed, Christ calls us so to live. One is death; the other is life. Today Jesus says, “Choose life.” Come to this place, this people, this table, and all of the places God sends you from here, out in the world between these tastes of the kingdom, expecting to grow in trust of the One whose table this is, expecting to take uncertain steps toward the living God you won’t control. When was the last time following Jesus took you out of your comfort zone, down a path you wouldn’t have otherwise taken? Take the adventure. Step out and trust God’s love of you. Remember the story. Commit to coming and going in expectation of the living God. And, for the love of God, tell the rest of us when and where you see God at work in this world. And we’ll follow together, into those places, singing the songs, with hands held high and open in joy and expectation of our God. 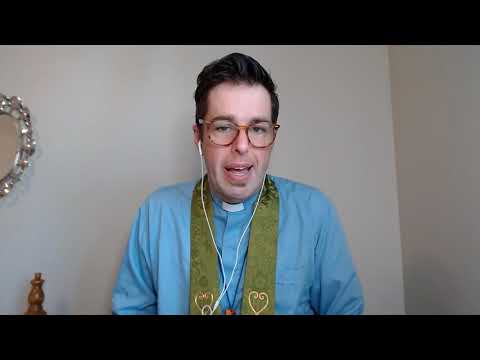