"Yule Shoot Your Eye Out: Scattershooting the (First) Christmas Story from the Front Porch of Epiphany" 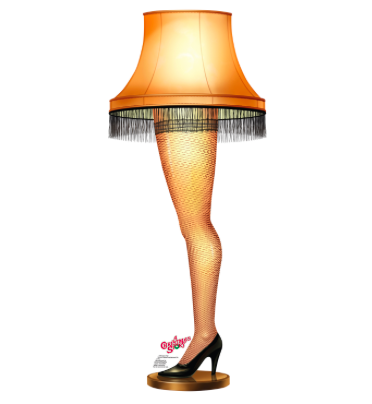 We made it. Epiphany. Survived Advent. Even Christmas.

The self-imposed stressful mess of it all is amusing, when we discover the wherewithal to take ourselves lightly. Of course, it can be hard to take ourselves lightly in the throes of the thing, which is why I've waited until post-Christmas for some yuletide scattershooting. Here, then, is a haphazardly edited collection of things - holy, less holy, and/or plain irritating - I think about and/or thought about before, during, and after the feast of the birth of our Savior.

I was raised in a family in which we didn't do Christmas things in Advent, for reasons of liturgical fidelity. While there's an obvious logic and apparent sacrificial nobility on the surface of such restraint, the logic comes undone when its practical translation is to worry over, of all things, whether we might get prepared too soon.

Be prepared! No, not yet. Let's making the game a sporting one.

Somewhere, a headless John the Baptist rolls over in his grave.

Gifts are underrated, especially at Christmas. Of course, we enjoy them, but, on occasion, I find myself aware of guilty inner feelings when I do. Like I have somehow missed the point of Christmas. But this guilt is misplaced, as is we preachers' occasional, regrettable wholesale condemnation of materialism, especially - of all times - at Christmas. The Word made flesh, Jesus, born to Mary. What greater gift to hold! What deeper challenge to our practiced, gnostic ways.

Of course, Jesus is not a gift like the fine Case pocket knife my brother gave me. That's where the temptation toward guilt comes in. That's why I'm glad for Epiphany. Lest we over-spiritualize the gift-gifting of Christmas, Epiphany comes a few days later - reclaiming, lifting up, the importance of gifts - even ostentatious and ridiculously impractical-for-babies gifts:

I've always hated the song "We Three Kings," by no fault of the song. But thank God for Bare Naked Ladies!

The Son of God born to Mary and the evangelist's gift list for Mary's eventual thank you cards to these new friends from the East befuddle us preachers when we, sometimes, preach as if the contemporary crisis of our day is too careful an attention to the material world around us; too great a valuation of the land and lives of which we are a part; too dear a devotion to the ancient path the river cuts across the marshland. (Relatedly, priests and pastors similarly perplex me when we suggest to our congregations that a chief obstacle to living action-ortiented lives of love for others is too much contemplative prayer. There are many reasons my actions are not a better mirror of my faith; too much prayer is not one of them.)

In fairness to we preachers, at least two dynamics are at work in anti-materialistic (read, gnostic) sermons. The first dynamic occurs when we forget that contemporary consumerism seldom sells the thing it sells but rather is selling the story behind the thing that sold - stories like status and power and well-signaled sophistication. Consumerism can be highly disembodied.

Also at work is the reality that once upon a time, and not without good reasons, Christians grew so fearful of mistaking good gifts of God for God that we opted, instead, to forget and/or dismiss these things as gifts of God completely.

Not just around us but within us, too.

At a recent retreat, I asked some students what made it hard to name their gifts to others. Claiming giftedness comes off as brash, one said. Another offered that, once your gifts are other there, there's no going back. You're on the hook to pony up, sometimes without relief from the community. Another confessed that to admit a gift might be to mislead. "What if I'm not as gifted as everyone else supposes?"

The last student understood that gift-giving is a vulnerable business. Denominations know this, too. Gift-giving is the hope - and its vulnerability is the downfall - of ecumenism. In the context of Christian community, every time we must ask ourselves how much we trust the faith community's ability to accept us as we are, in all our giftedness and brokenness. Jean Vanier writes that community is built through the sharing of gifts. To be made capable of sharing our gifts is to be made capable of reconciliation. Thus Malcolm Guite reminds us that the magi are the first sign that this good news is not for Israel only, but for the late-to-get-there travelers from the East, and all of us, too. The star leads to the "light that enlightens the nations." It is not accidental, I think, that even here, the first community gathered by Christ, around Christ, is built through the sharing of gifts.

The babe in the manger is the trust that makes possible the community of belonging built up by sharing of gifts. Here, in the crib, is the radical gift by which God's love for each one of us is known.

Perhaps the naming of gifts is itself is itself a gift. Augustine said that even the awareness of my sin is God's gift because, without it, I lack the grace - the gift - which makes possible my returning to God, with God's help. And yet, when you or I call a musician gifted, we are usually referring to the evident level of perfection the musician displays - not the invisible love that made, in God's time and well before any obvious display of giftedness, an imperfect skill into a new possibility.

I often tell the students at the UW Episcopal Center that their disappointments in others, especially, are - when read charitably - gifts God has given them for the life of the community. "Imagine that it's not that the others don't care (though they may not); but first imagine that your disappointment signals a possibility you see that the others cannot see; imagine that God has given you the gift of a possibility to be communicated to the rest of us. Give that gift without reservation and in a generous spirit, worthy of the gift God has given you for all of us. Don't take what you see for granted. And don't take for granted that all do not see as you see."

So even in our pettiness, impatience, and imperfections - when we are the asses gathered around the manger, because you don't have to be the good guy for God to come to you in love - we discover God's possibilities. God's strength in our weakness. The Word became flesh. Because we're not gnostics. The babe, born to Mary. God has come to us.