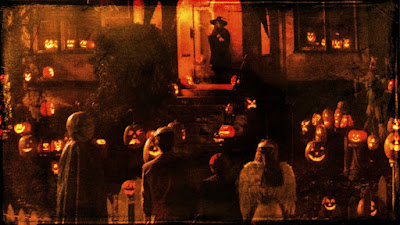 My son is nervous about trick or treating tonight. Honestly, I don't know why he shouldn't be. "Don't take candy from strangers," he hears. "Except today. They'll be LOTS of candy. Oh, and the candy givers, like the candy takers, will be anonymous, you won't know who it is, but she or he will be dressed as the kinds of things that inspire the fears that lead adults to instruct children not to take candy from strangers."

We've told him he doesn't have to, but he doesn't want to miss out on the candy. He's determined to go. Shaking with fear. Despising the whole thing. Willing to do what it takes. This breaks my heart.

[For all you "fixers" out there, relax. J's gonna be just fine, and we're going to help him find a path tonight that feels good and right to him. My point is to appreciate his dilemma from his vantage point.]

It's an interesting question for grown-ups, too: what principles are you willing to grow accustomed to breaking against your better judgment, what values are you committed to compromising, because you wouldn't want to miss out on the candy, metaphorically speaking, because "it's just what it takes"?

I'm not suggesting that mistrust of strangers is a principle worth building a life around. I am only observing that children have often been formed around this one. I am suggesting that adults often insert children into confusing conflicts of self-contradiction, and that it takes an alarming lack of self-awareness not to confess these predicaments to our children.

But exactly because I don't believe mistrust of strangers is a principle worth building a life around, I'm intrigued by the ritual combination of trust and generosity we exhibit at Halloween and how it might become a building block or door toward something more. Why do we meet each other at the threshold of our strangeness as monsters to each other, our worst fears come true? Does our mutual monstrousness serve to justify the distances we'll keep from each other after the day is over, or does it do the opposite, inspiring us to open doors to even those we're trained to fear? From the other side of the door, how does the practice inform our willingness to ask for help when we need it? Does this night deter us from outing ourselves as monsters in need or inspire us to knock on strange doors, confident in the welcome we'll receive, even when we feel like strangers to ourselves? How does the Christian faith inform our imagination for these things?

I risk over-thinking, I know. But it's not lost on me that a nation wrought with anxiety over refugees at its borders is about to reflexively practice large-scale hospitality without much thought tonight. When it happens, it feels so close to something good, something beautiful, but it also feels so very close to the opposite of good and beautiful, a mockery of the hospitality we would refuse when in matters. What does it mean that we practice the instilling of fear in each other? How might we do otherwise with at least as much intentionality?

So many questions and, I know, it's *just* trick or treating. But I don't think my son is the strange one tonight; I think the ones (like me) for whom the contradictions are normal have an opportunity just now to grow for the Good.

If Evil is a Hole (A Challenge of Eradicating Hate) 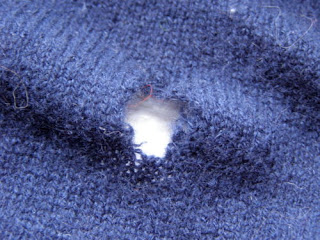 The challenge right now is that, if Augustine is right, evil is a hole. A tear in the fabric. And you cannot tear out a hole. I mean, you can, but only by tearing out the good fabric around it, erasing every good row surrounding the hole. Burn the sweater. Sacrifice the innocents. Even then, you didn't tear out the hole, you tore up the project. You just started over, which is its own kind of hole, or at least constitutes an invisible failure to undo the hole; the emptiness the hole contained still there, made normative and set free.

Eradicating others is hate. Eradicating hate, then, if it is to be the worthy task we believe it is, demands a thoughtful and dedicated subversion of the verb's common usage; demands a new imagination.(1)

"Hate cannot drive out hate; only love can do that," said the Rev. Dr. Martin Luther King, Jr.

It helps me to consider the eradication of holes. To eradicate a hole is to mend torn cloth, is to pick up dropped stitches, is to reach out across the chasm of disorder until fabric touches fabric again and, there, go to work. Hard work. Good work. It is not work without conflict or accountability, but the work includes these for the purpose of making old things new and making whole things out of holes.  God knows this work is tedious. God knows this work has costs. God calls this work love, says it's patient. It is God's way with us, with me. Holiness is at once our calling and God's gift.

It helps me to remember that we are one fabric. Sometimes I see it, maybe we sense it, but I do not in a given moment have on hand the most true word for it. Others supply attempts at proper names for the fabric we might be. Words like "American" or "patriot," but approaching refugees expose the limits of false words like that, words that fabricate the essence of the fabric, that fabric which is not less than God's love for each of us, and all of us, together; that fabric made known as we discern the ways we belong to each other because we belong to God, which truth I have gleaned, to the extent I have gleaned it, through the love of the one whose garment was seamless.


(1) Expanding on the idea that "eradicating hate requires subversion of the verb's common usage:" The Rev. Fleming Rutledge once lamented that the church jettisoned too soon military language in our hymns and elsewhere (think, Onward Christian Soldier). The loss, she says, was our ability to reclaim that language in ways subverted and redeemed by the crucified King. As we use our language of fighting and eradicating hate, we must never forget that we are participating in that delicate work of subversion and redemption. My friend Deanna recently unearthed and shared a hymn by Jan Struther that provides a beautiful illustration:

When Stephen, full of power and grace, went forth throughout the land,
he bore no shield before his face, no weapon in his hand;
but only in his heart a flame and on his lips a sword
wherewith he smote and overcame the foremen of the Lord.

When Stephen preached against the laws and by those laws was tried,
he had no friend to please his cause, no spokesman at his side;
but only in his heart a flame and on his eyes a light
wherewith God's daybreak to proclaim and rend the veils of night.

When Stephen, young and doomed to die, fell crushed beneath the stones,
he had no curse nor vengeful cry for those who broke his bones;
but only in his heart a flame and on his lips a prayer
that God, in sweet forgiveness' name, should understand and spare.

Let me, O Lord, thy cause defend, a knight without a sword;
no shield I ask, no faithful friend, no vengeance, no reward;
but only in my heart a flame and in my soul a dream,
so that the stones of earthly shame a jeweled crown may seem.

Trust, Entitlement, & the Terrifying Possibility of the Second-Best Taco 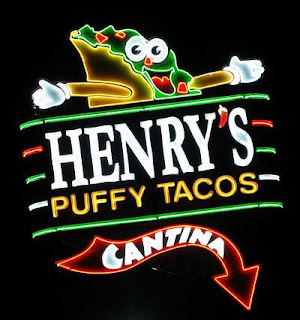 Clinging to Control (On Suffering, Entitlement, and Job) 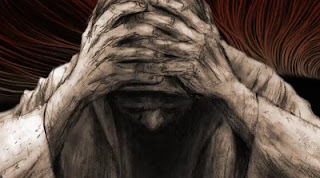