Kenosis and Communion:
The Opportunity Cost of Being a Young Adult in the Episcopal Church 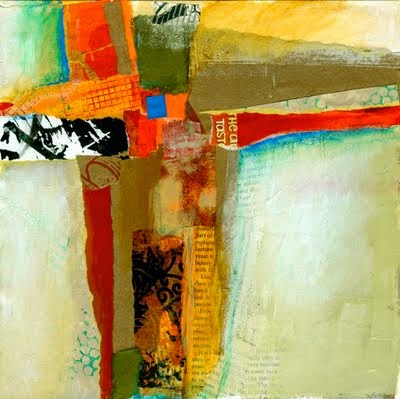 Earlier today, Bishop Miller gave his address to our Diocesan Convention, a highlight of our convention. The address began beautifully, in song, as the assembly stood and sang, "One Bread, One Body" together. Later, Bishop Miller told the story of Paul Stookey - of Peter, Paul, and Mary - and relayed Paul's observation that the progression of magazine titles across generations revealed a disturbing trend. "Life" magazine was replaced by "People" magazine, followed by "Us," to be succeeded, Paul surmised, by "Me." Less and less awareness for others and the world, Paul had his hearers infer. To Paul's insight, Bishop Miller further cited social media examples, like "MySpace," frequently associated with younger generations, to demonstrate this generational shift toward greater self-interest.

Paul Stookey would no doubt appreciate Jean Vanier's insight that even the longing for community is too often felt in our present day by people who have only the resources of individualism with which to approach its possibility. Thus Bishop Miller was spot-on in his subsequent observation that the life and mission of the community of faith requires the kenosis - the self-emptying - of each one of us; each one, awkwardly, imperfectly, imitating - with God's help and the help of the whole Body of Christ - Christ's own love for us and the world.

Exactly because of the truth arrived at in Paul's observation about generation magazines - a renaming of the gift and challenge of kenosis which constitutes the heart of the living community of faith - I feel the importance of separating out that truth from a possible and, I believe, unintentional generational bias implicit in Paul's remarks about the magazines.

(Full disclosure: I am a campus minister. I have been entrusted, on behalf of the church, with an immersion experience among young adults, Paul's predicted "Me" generation. I'm biased. But I've been placed here by the church to be so biased. Even so, I turn 34 in November and have a wife and two children. I write on behalf of young adults, but decidedly not as one.)

I don't want to challenge the charge of selfishness in young adults, so much as point out the strong danger in connecting too strongly things like self-interest, younger generations, social media, and all the rest, especially by those who are not young adults. Four reasons for caution, not exhaustive, follow.

An example. At a recent conference of campus ministers, the Rev. Canon Anthony Guillén relayed to the assembly gathered the rich role of social media, relative to other demographic populations, among latinos, whose valuation of family and connectedness can find fruitful and life-giving expression via Facebook and other social media platforms.

Among sisters and brothers of Christ, there can be no out-of-hand dismissal, not even of seemingly narcissistic magazines, at least not apart from relationship and conversation that seeks to understand the best qualities of the other.

The age of the average Episcopalians is 57; it is difficult to accuse any young adult still in the church today of a great tendency toward selfishness than is present in other populations. Any conversation with young adults, even before specifics of content are considered, might be regarded as a small miracle to which each of us in the church does well to attend. Further, it is difficult to imagine how any community of faith, whether comprised of young adults or not, would not be blessed by routinely asking of any opportunity before the faith community, "How can we act for/toward young adults?"

It is certainly the case that Christian communities of faith, locally expressing the communion which God in Christ makes possible for us, require participation in the kenosis of Christ. It is equally certainly the case that the Christ who has so self-emptied himself has done so generously, even in young adults, from which the whole church must be committed to listen, learn, and invest deeply, just as young adults continue to show up and invest in, listen to, and learn from the generations of Christians before them.

The signs of God at work in any people at any given point in time may be - and are frequently - difficult to see. But we Christians are called by the One who implored his disciples to pray for eyes and ears to see and hear. In Christ, we have been made members of God's community of belonging. Such a membership requires an offering of ourselves that may mean even our reception of a new understanding of kenosis from unlikely people in unlikely places. And each of us is an unlikely person in an unlikely place to someone else. To pray for an openness to hearing ears and seeing eyes marks a community's faithfulness to the baptismal commitment to seek and serve Christ in all persons. Those who seek, we're told, will find, even Christ in one another.

Thanks be to God.

Don't worry, no humble brags here. Like John Oliver , I am not learning new languages or otherwise setting the world on fire these days....